Storage Sheds in Missouri are the More Secure Options for Consumers

An article from News9.com in Oklahoma provides details on a case that is causing concern throughout the community:

The storage facility in Moore has been hit by a burglar twice in the last 10 days.

Some of the victims in the burglaries are tornado victims, whose only possessions are inside the storage units. So now the people who were stolen from are taking matters into their own hands to make sure this thief or these thieves get caught, hopefully soon.

“I just took it upon myself to start making copies of the picture and taking them over to builders,” said storage unit owner, Melissa Miller. “Just people that are out in the neighborhoods, if you see this truck, you know, lets us know, call Moore Police Department.” 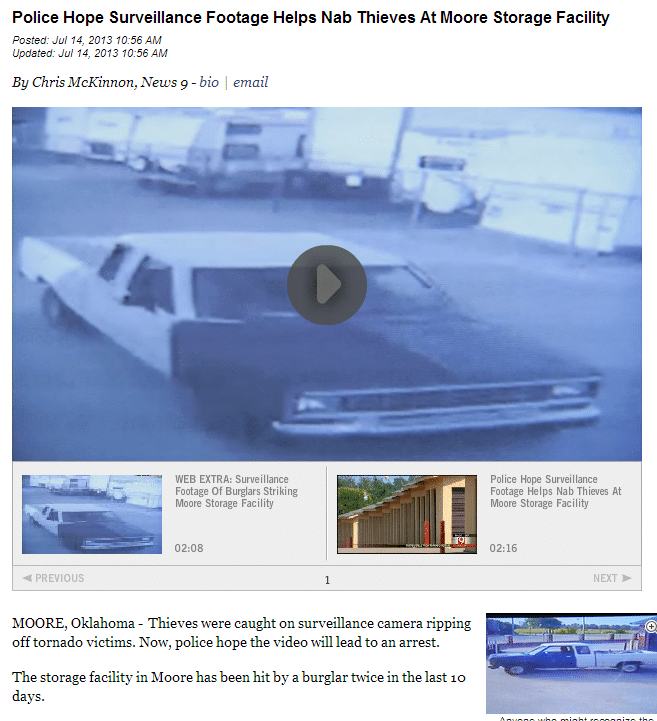 Known to television viewers as central plot devices in shows such as “Storage Wars”, storage units have amassed a level of popularity that was once foreign to them. The spotlight has not always been kind however, as all the attention being placed onto these units has also worked to highlight the fundamental security issues that make them such dicey propositions in the first place. Burglaries of these units are not as rare as their enthusiasts may believe, and this reality should prompt people to consider a more secure alternative.

Statistics show that incidences of robbery are high in cities like St. Louis so companies such as Classic Building Sales provide people with a worthy alternative. Storage sheds in Missouri present a massive upgrade from a security standpoint since these buildings can either be rented or bought outright directly onto people’s properties. Owners can then keep them in sight and would have greater autonomy over how fervently they are monitored and how tightly they are placed under lock and key.

Another advantage of going with specially-made sheds in Missouri is that they can be used as more than just storage facilities. With a little bit of ingenuity and creativity on the part of the buyer, they can be transformed into playhouses or guest rooms. These structures can work as multifaceted additions for the home, and that makes investing in them a wiser move than paying for a storage unit in some nondescript facility.